After “With You“, Fetty Wap returns with a brand new track called “Island Boy

Robin Thicke and his ex-wife Paula Patton are involved in a nasty legal battle, with both seeking sole custody of their 6-year old son, Julian.

E! News reports that Patton is trying to prove Thicke is unfit. She’s accusing him of spanking their child excessively. In Patton’s declaration to the court she also alleges that the “Blurred Lines” singer cheating on and physically abused her. Citing alleged instances when he “kicked, pushed and hit” her.

Thicke said his son told school officials that his dad had spanked him. The school then notified DCFS.

“On a very rare occasion, and only as a last resort, I will use light spanking, but it is consistent with the law—open hand on the butt,” Thicke explained. “This is the type of discipline to which Paula and I agreed during our marriage.”

On Thursday, January 26, a Los Angeles judge ruled that Thicke “has a history of domestic violence.” Patton was granted a temporary restraining order, which gives her sole custody of Julian until the next court date on February 24

Thicke was ordered not to come within 100 yards of Patton, her mother and Julian, other than supervised visits with his son. He will be allowed to see Julian three days a week at a neutral location.

The singer’s attorney, Angela Pierce di Donato, says the DCFS will be closing the case against her client because they could not find proof that Julian had been harmed by his father.

“The Court issued temporary orders today based solely on paperwork,” she told PEOPLE. “[L.A.’s Department of Children & Family Services] will be closing the physical abuse allegation against Robin as ‘Unfounded,’ but has added an emotional abuse allegation against Paula, which remains under investigation. We believe that DCFS sees the damage that Paula has done to Julian and will take appropriate action to protect him.”

Despite Donato’s claims, a source confirmed to PEOPLE that the “investigation is ongoing” and Patton is not being looked into by the agency.

Donato told PEOPLE that “Paula never reported any domestic violence until she was in a position of contempt by violating the custody orders. Infidelity has nothing to do with custody. She is attempting to throw anything at him to hurt him, but Robin’s focus is their son.”

Patton and Thicke divorced on March 20, 2015, after almost 9 years of marriage.

Veteran singer, rapper and producer Missy Elliott returns with a brand new single titled “I’m Better” featuring Lamb. Watch the official music video below and purchase your own copy of the track on iTunes.

We’re not even a full month into 2017 and it’s already shaping up to be a great year for Ciara.

The 31-year old singer is expecting her second child … the first with husband Russell Wilson, and she’s just signed a new record deal with Warner Bros.

“Warner Brothers Records!!! Lets Get It! Proud to announce and honored to join the family! I’m supercharged to make the World Dance again!” she tweeted Friday, January 27. 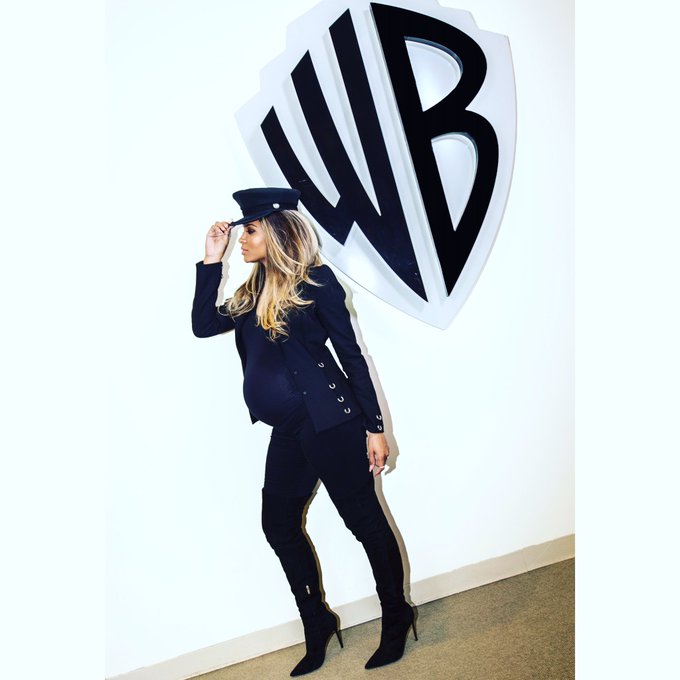 Warner Brothers Records!!! Lets Get It! Proud to announce and honored to join the family! I’m supercharged to make the World Dance again!

Cici has released six studio albums, beginning in 2004. The last two withEpic Records. Prior to that she was signed to Jive.

We’d like to congratulate Ciara on her new deal and look forward to hearing her next project.

The Lox keep the promotion of their new album “Filthy America… It’s Beautiful” going by releasing an official music video for “The Family.“

You’re not going to master the rest of your life in one day. Just relax, master the day, Then just keep doing that every day

Fetty Wap – With You

After “Bad Lil B!tch” video, Fetty Wap drops off his brand new single called “With You”. Have a listen up top and let us know what you think in the comments below.